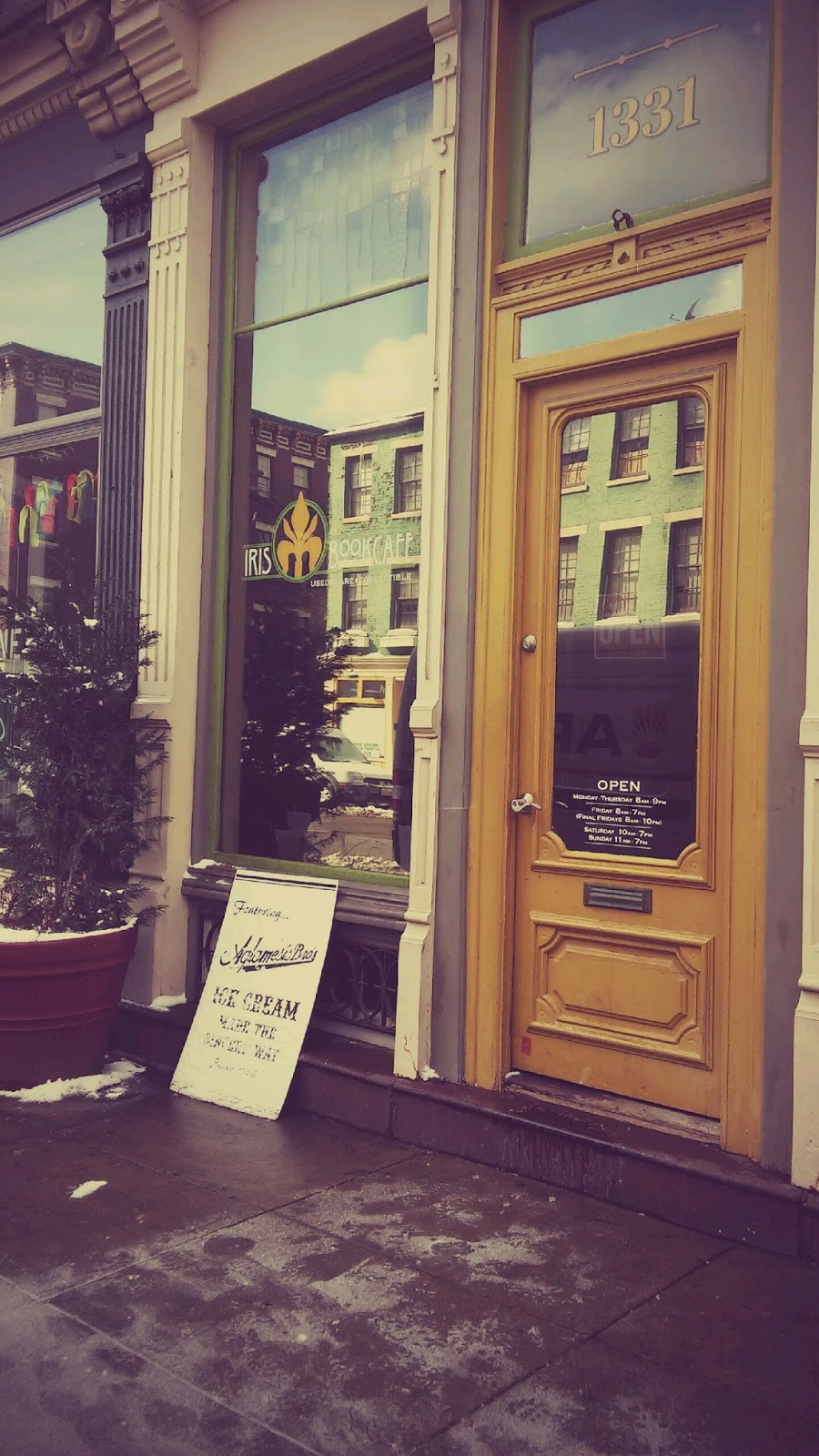 It is called the Iris Bookcafe, and I love it already.  Today was blowy and snowy and frozen, so I took refuge there for about an hour (although I would have liked to stay much longer).  The Bookcafe sells exactly what the name suggests: books (used ones) and coffee (as well as standard coffee shop foods like soup and pastries).  There are shelves of books in the front 'eating area' of the shop and even more in back.  I got really sucked in while browsing!  Used book stores always have an interesting mix of book topics.  The Bookcafe also sells records.  I spent quite a while going through the "5 for $1" singles box :)  Then I ordered a mocha latte - my first ever, shhh, I'm pretending to be a grown up - and found it delicious.  Like hot chocolate but more chocolatey.  Yum.  I also had potato-and-leek soup.

While I ate, I did some writing and listened vaguely to the conversations of the three other people in the cafe.  They all seemed to know each other, which was cool.  Cincinnati sometimes feels like a ghost town, but spending time at the Iris Bookcafe has made me think that it's not so deserted - you just need to find the places where people congregate. 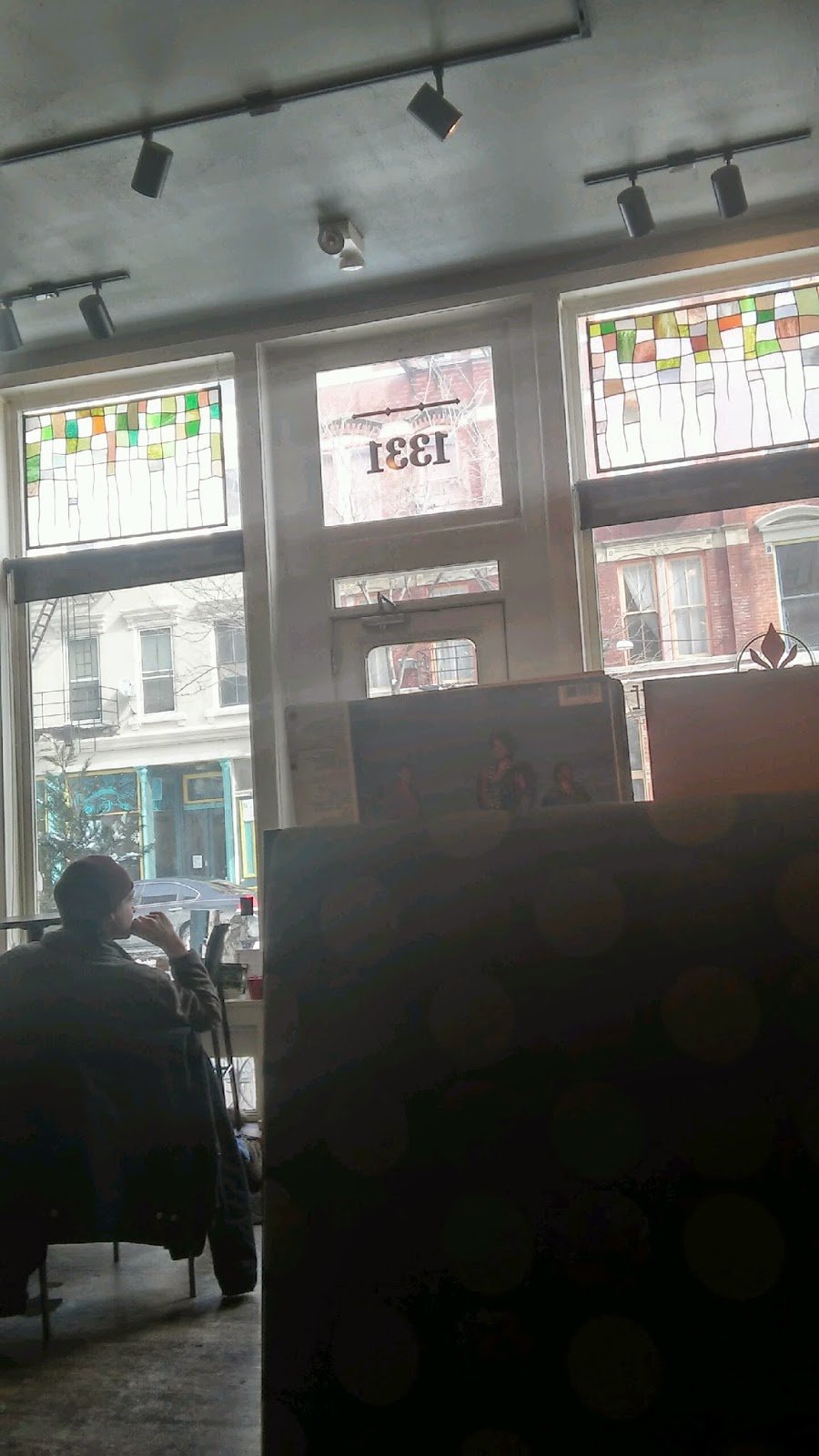 I think that bookcafes are an awesome idea and I can't believe this is the first one I've ever come across.  I mean, it's a brilliant business model - lure nerds in with cheap books, then feed and caffeinate them while they read their purchases.  Everyone knows that a bookworm, once mesmerized by a book, becomes thoroughly uninterested in preparing sustenance for herself.
So, is anyone interested in opening a bookcafe for me in NYC?  Or does anyone know of an already-existing one that I could visit? XD
- Carly

Thank you for talking to me!! I wish you lots of good books and brownies!