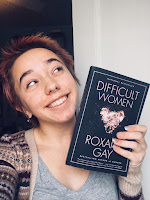 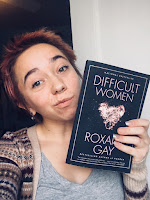 The stories in this heart-rending anthology open windows into the lives of women from various places and socioeconomic classes, of various races and sexual orientations, with various BMIs and occupations.  Despite their differences, these women share one trait - men tend to find them 'difficult.' They are difficult because they are any combination of frigid, argumentative, gay, promiscuous, angry, melanated, fat, and kinky.  None these traits are flaws, and should actually be celebrated or at least respected.  But instead, these women are regarded as difficult rather than complex.
My favorite story was probably "La Negra Blanca," because it's the story that upset me the most.  It's about Sarah, a biracial, white-passing woman who strips to pay her tuition, and William Livingston III, the wealthy white dirtbag with jungle fever who lusts after her.  The specifics of Livingston's jungle fever are categorized with nauseating detail - his secret stash of Sean John jeans and Timberland boots, his slow and lecherous drives through black neighborhoods, his attempts to imitate rap lyrics, and his determination to "look but don't touch" because he believes that black women aren't good enough for him.  Furthermore, he becomes obsessed with Sarah because she has the stereotypical figure of a black woman and strips to music by Lil John, but appears to be white.
The story has a brilliant metaphorical structure, endows small details with great weight, and contains three richly real protagonists.  Beyond that, it draws attention to misogynoir and the fetishization of black culture.
The other stories in this collection are similarly well-crafted, impossible to put down, and radical.  Each one left me feeling like my heart had been cut out, but in a good way, I promise!